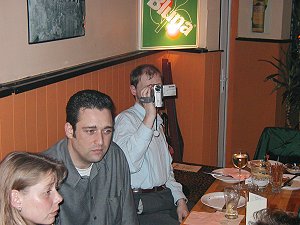 On January 23rd G. Bush announced the ambition to reduce US oil imports by 20% within the next 10 years. This goal can only be met if more farmers switch to alternative fuel production. Since ethanol is an alternative fuel that is based on maize, many farmers will have to grow maize instead of, say, soy.

As soy serves as fodder to the meat industry we find a kind of dual victory on the part of fuel. On the one hand fuel wins against flesh, as with a growing maize-based fuel production the production of soy based meat diminishes. On the other hand, the US will not quench its thirst for fuel by simply growing more maize on its own territory. The US has already begun to import maize from countries such as Mexico. This has already led to an increase in the price of tortilla in Mexico itself. However, what appears to be a double victory for fuel will be counterbalanced by increased pressure on countries such as Brazil to grow more soy beans on pastureland that as yet doesn’t exist.